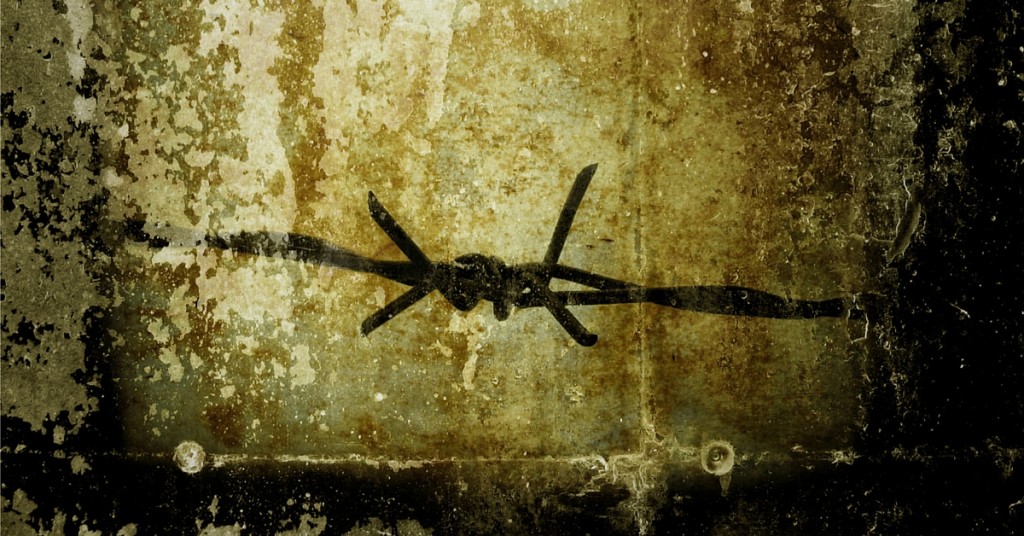 The shooting in San Bernardino once again leaves us with a gut wrenching feeling of helplessness. This feeling is quickly followed by righteous anger; anger that life can be so quickly and permanently ended; anger that there are those who so wantonly destroy peace and harmony. This anger is justified, it is even needed.

How many times does this need to happen before we wake up and end the bloodshed?

We have been overwhelmed by the destruction of life caused by mass shootings.  We are left asking how many times does this need to happen before we wake up and end the bloodshed? Is there any sacrifice too great to make if it will stop lives from being ended indiscriminately at the whim of a fool with a gun?

In the silent aftermath of tragedy, voices begin to clamor for action. Action that will lead to the end of gun violence, action that will lead to a cease of this pointless bloodshed. The President started things off with his statement before the smoke had even cleared, “We have a pattern now of mass shootings in this country that has no parallel anywhere else in the world.” The answer is clearly set out before us. Remove the guns, and remove those from power who protect those guns.

San Bernardino may not be just another in a long string of mass shooting events. Perhaps the pendulum is swinging toward reform, and toward the glorious future of peace created by simplistic idealism.

Whose Side is it Anyway? 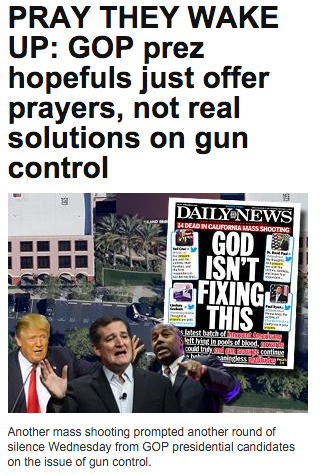 The unfortunate consequence of President Obama’s statement is that it steers the debate away from the real problem and towards the Second Amendment, and that is where friends, family, and brothers and sisters in Christ form battle lines drawn against each other. Each of us immediately puts up walls and tries to shout down those who might hold a different opinion. Or we hide ourselves away to “rise above” the rest of those people who just can’t shut up about it. Neither of these responses add anything in the way of a solution, and just add to the cacophony of despair that is the precise response these deranged killers intend to illicit.

As you can see with the news article from the NY Daily News, they are criticizing GOP candidates for offering thoughts and prayers to the victims. The headline is “God Isn’t Fixing This.” God is the only one who CAN fix this.

God is the only one who CAN fix this.

The problem is that our reactions can ignore the true nature of the evil that is assaulting us, and through it all we are not fighting our true enemy. In pointing fingers and calling names, we give a free pass to the forces of evil that are ripping our values and morals to shreds. In shouting and arguing with each other we ignore the true cause of pain and suffering in this world. I’m not saying there isn’t a time and a place to have these discussions, but we should not allow raw emotion to keep ourselves from hearing ourselves and others.

We are fighting a battle of good and evil, and it is not against flesh and blood that we fight, as Paul writes in Ephesians:

Who is to Blame?

More than anything we want someone, or something, to blame. Anything to take the attention away from ourselves and our own wicked desires. The reticence of the President to blame mass shootings on the shooters themselves is his tell. He’s played his hand, he’s shown us his cards. His goal is division, and his tools are blame.

We’ve seen this pattern repeat itself with every progressive politician, and it’s shockingly effective. There are not so many differences between the Black Lives Matter movement, the Gay Rights movement, the Occupy movement, the Pro-abortion movement, and the gun control movement. The purpose is division, and diversion. Divide the people into distinct groups that feel threatened by each other, and then use that to gain influence and control of each. Divert them from the real issues that are causing pain.

In each case there are good people on each side, there are Christians on each side, but they are blinded by a loyalty to party first, and God second. They are not focusing on the things of Heaven, but the things of earth. We are distracted by the tiny movements on earth because those are the closest to our eyes right now, when we should be looking beyond to Christ and his second coming.

The blame lies squarely on those who would perpetrate evil deeds. The fingers should point toward those who will not cease to kill, maim, and destroy our nation, one value at a time. Our anger should be stirred by those who wish us harm, and we should not be shaken by the evil that surrounds us, for we have on our side the Creator and Savior of the universe.

What Now Should We Do?

As Christians we have a commitment to serve God first, and our family and nation second. Our voices right now must be heard loud and clear, proclaiming the joy and love that can be found in Jesus Christ. There is no-one living on earth who can eradicate evil from the planet. There is no power of man that can spit in the eye of the devil. We must call upon the power of the Lord to be our strength, and we must put on the full armor of God. 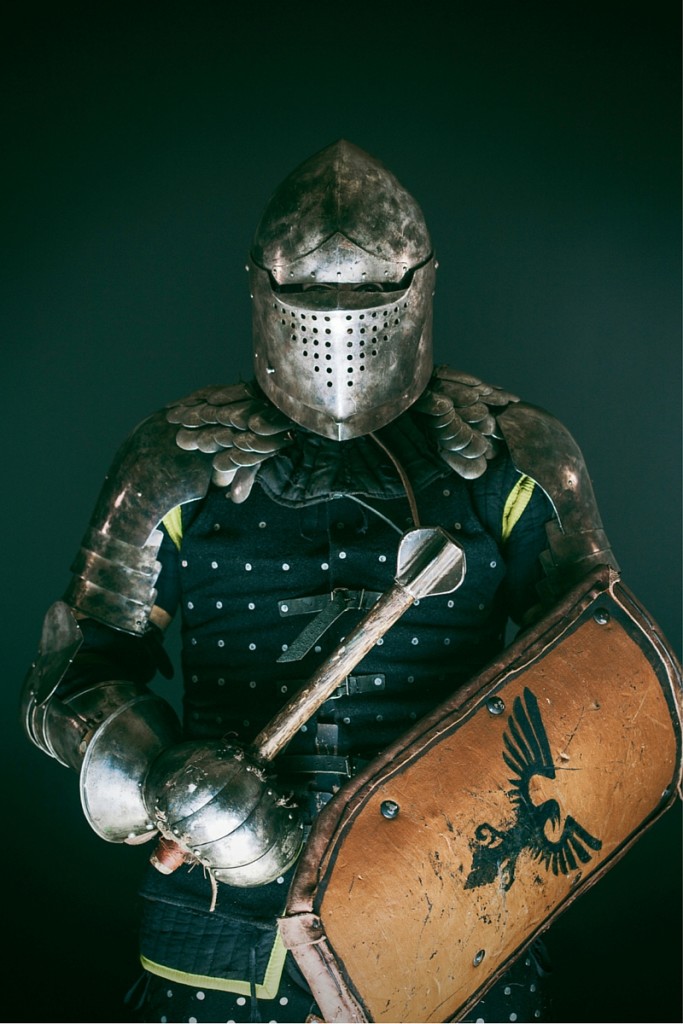 10 Finally, be strong in the Lord and in his mighty power. 11 Put on the full armor of God,so that you can take your stand against the devil’s schemes. 12 For our struggle is not against flesh and blood, but against the rulers, against the authorities, against the powersof this dark world and against the spiritual forces of evil in the heavenly realms.

13 Therefore put on the full armor of God, so that when the day of evil comes, you may be able to stand your ground, and after you have done everything, to stand. 14 Stand firm then, with the belt of truth buckled around your waist, with the breastplate of righteousness in place, 15 and with your feet fitted with the readiness that comes from the gospel of peace. 16 In addition to all this, take up the shield of faith, with which you can extinguish all the flaming arrows of the evil one.

17 Take the helmet of salvation and the sword of the Spirit, which is the word of God.18 And pray in the Spirit on all occasions with all kinds of prayers and requests. With this in mind, be alert and always keep on praying for all the Lord’s people.

19 Pray also for me,that whenever I speak, words may be given me so that I will fearlessly make known the mystery of the gospel, 20 for which I am an ambassador in chains. Pray that I may declare it fearlessly, as I should.

Let us band together as Christians under one flag. The flag of Jesus Christ, the flag of our savior and redeemer. Let us put away the division and the distraction, and focus on the one true enemy. If our nation is to recover from the impact of the shooting in San Bernardino, it is going to be through the grace and deliverance of God.